Deprecated: Function Elementor\DB::is_built_with_elementor is deprecated since version 3.2.0! Use Plugin::$instance->documents->get( $post_id )->is_built_with_elementor() instead. in /home/cnw9flf6e/public_html/wp-includes/functions.php on line 5379
 Nov 22 1963: Kennedy gunned down in Dallas > JFK Facts Skip to content

The iconic “six seconds in Dallas” that one year from today will be 50 years old. The aftermath of national shock was quickly followed by the expanding Vietnam War and its protests, the “sixties”, race riots, and more murders of political leaders.

These 350 books and many more later, what really happened?

Not in dispute that day is the basic chronology: shots fired in Dealey Plaza which hit JFK and Governor Connally, frantic treatment at Parkland Hospital where the President was pronounced dead, the arrest of Lee Harvey Oswald an hour and a half after the shooting, not long after the murder of police officer Tippit, Air Force I racing to DC with the new President Johnson and the body of the dead president, Oswald’s protest of “I’m a patsy!” shouted to the crowd of reporters who had descended upon the Dallas Police station.

So much else remains in dispute. The reconstruction of the crime scene – how many shots from where by whom. The role of Oswald – lone gunman, conspirator, patsy. Psychopath or government agent.

There is plenty to the story that is knowable, and worth knowing. The transparency and data-mining tools afforded by the internet can even help. This Youtube video by WFAA’s Tom Alyea shows the finding of a Mannlicher Carcano rifle in the Texas School Book Depository, for instance. Despite early police statements that a Mauser was found, this rifle is not a Mauser.

Then there are the notes taken by Dallas Police Capt. Will Fritz during his interrogation of Oswald, who had protested that he had been in the 2nd floor lunchroom before and during the shooting. Only made available by Fritz in the 1990s, the notes include this: “two negr. came in…..one Jr. + short negro.” Junior Jarman and Harold Norman independently told police that they had seen Oswald there during lunch. It’s not absolute proof he didn’t shoot at Kennedy. But it is an alibi. 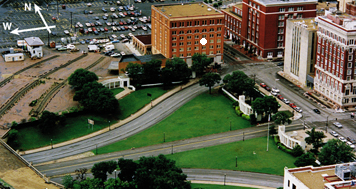 Stewart Galanor’s Dealey Plaza Witness Database locates 216 persons that were in the Plaza, along with what they said about the gunfire.

The other thing the internet affords is a discussion platform, with all its pluses and minuses. Not everyone will agree whether the issues noted above are indeed “settled” – see for example the comments under the Alyea video. If you can contribute something that clarifies or deepens understanding, please do.