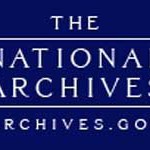 Stern’s response was an all-too predictable insult to the public interest in these records and an obsequious bow to the CIA.

In an email response Stern described the 1,100 records as s “small number of records,” a curious assessment given that these records include anywhere from 15,000 to 50,000 pages of material. This effort to downplay the scope of CIA withholding is a tip off

Stern usefully acknowledged that these records are “the most sensitive” in the JFK Records Collection but he declined to question the CIA’s standing claim that “logistical reasons” prevented the CIA from reviewing the records before 2017.

As bureaucratic excuses go, this is unconvincing at best..

The CIA had the logistical capacity review and release records related to the Katyn Forest massacre of 1942 in which Soviet army liquidated the Polish officer corps. Making public the record of that forgotten tragedy (which involved no Americans and happened more than 70 years ago) was a higher priority for the CIA than releasing records of the murder of a sitting American president at a time of massive media interest in JFK’s assassination.

“Your email refers to a small number of CIA documents that the Review Board determined could be postponed from release until 2017. At the request of researchers, NARA asked the CIA to look into whether that release could be moved up to 2013 for the 50th anniversary of the assassination. For logistical reasons, the CIA determined that it could not move up the release date. Accordingly, these remaining records will still be subject to release in 2017.

What Stern knows — but  avoids mentioning — is that the CIA has the right to request further postponement of the release of the records. He is giving the public impression that the records will be made public in four years when in fact, that may well not happen.

Stern also avoids mentioning that the Archives’ own online data base indicates that the CIA is withholding records on undercover CIA officers who are implicated in the JFK assassination story.

Stern’s non-response illuminates the power of the secret government. The Archives solicited public comment on declassification priorities, but since the CIA had already decided that JFK records are NOT a priority, and the Archives is committed to not challenging the Agency, what the public thinks is actually irrelevant to the priority of declassifying JFK records.

It didn’t have to to be this way. The Archives cannot force the CIA to do anything but it could have the decency to state the facts publicly — that there is considerable public support for making declassification of JFK records a priority.