“STATION WOULD APPRECIATE EFFORT TO DELETE PHOTO FROM PUBLICATION.”

— Mexico City CIA Station, Sept. 25, 1964, asking that CIA HQ attempt to convince the Warren Commission not to publish the photograph of the Mexico City “mystery man.” 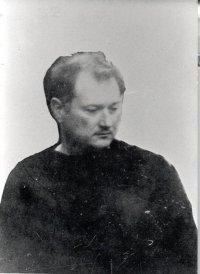 While CIA personnel were ostensibly concerned with revelation of the “sources and methods” of their photographic surveillance of the Cuban Embassy, there appears to be more to it. The cable continued:

2. ONLY REMAINING HOPE WOULD APPEAR BE TO GET ASCHAM PREVAIL ON COMMISSION NOT ONLY RETOUCH BACKGROUND IN PHOTOS BUT ALSO RETOUCH FACE TO DEGREE OBVIOUSLY NOT IDENTIFIABLE WITH RUBY BUT ALSO NOT WITH ACTUAL SUBJECT OF PHOTO.

“ASCHAM” appears to be Warren Commissioner and former CIA Director Allen Dulles. Why would Mr. Dulles need to be prevailed upon to not only have the background retouched, but also the face of a supposedly unknown individual?

See the cable and also this 11/22/63 note from Station Chief Win Scott to CIA Western Hemisphere Division Chief J.C. King. In it, Scott refers to the man in the photograph as “as certain person who is known to you.”

For more information see this essay with further discussion.