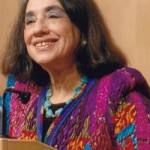 At the Duquesne JFK conference, Joan Mellen, a professor at Temple University and author of “Farewell to Justice,” sings the praises of the New Orleans District Attorney as depicted in Oliver Stone’s “JFK.”

“If it hadn’t been for Jim Garrison there would have been no Oliver Stone or ‘JFK,’ and if there was no ‘JFK,’ there would be no JFK Assassination Records Act,” Mellen said. “And if there was no JFK Records Collection at the National Archives, none of the books written about the Kennedy presidency in the past 20 years could have been written,” Mellen said.

Garrison’s charge that businessman Clay Shaw was involved in JFK’s assassination is weak in my opinion. Nonetheless, Mellen’s claim about who deserves credit for the new JFK historical record is correct.

Credit must go to Stone’s movie and the power of “JFK” is attributable to his glorification of Garrison.

But that doesn’t mean Garrison was right about Shaw. Several credible witnesses said they had seen Shaw with Oswald in Clinton, Louisiana, which Shaw denied. Garrison’s case depended on other witnesses who were not so reliable, to put it mildly. Shaw was swiftly acquitted in 1969.

During the trial, Shaw denied working for the CIA under oath.

Mellen notes that the latter claim is now in doubt. According to a CIA document written by a senior CIA historian in 1992, the memo says that Shaw was “a highly paid contract source” for the CIA.