Click here for attorney Brad Kzia’s brief against the City of Dallas for “malicious persecution” of Robert Groden, a JFK author. The brief charges that the Sixth Floor Museum played a role in getting Groden arrested in June 2010. 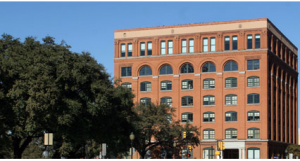 As reported here earlier, Groden has been arrested by Dallas police officers dozens of times in recent years for selling conspiracy-oriented literature on the site the assassination of President Kennedy. Groden is an expert in the photography of Kennedy’s assassination. He was never convicted of a single violation of the law, because selling books in public is not a crime in Dallas.

I asked Kizzia about the role of the Sixth Floor Museum in Groden’s ordeal. He responded by email alleging a conspiracy against his client.

“The evidence shows that the Sixth Floor Museum has engaged in a campaign to harass, intimidate, and maliciously prosecute Groden for years, seeking to eliminate his message and the competition that he presents. This campaign culminated in the plan to have Groden arrested and jailed because the many ticket citations previously served upon him did not stop him from exercising his First Amendment rights in Dealey Plaza and were uniformly dismissed by the municipal courts. That meeting of the conspirators took place on June 9, 2010, at the Sixth Floor Museum. Groden was arrested and jailed and has his property seized on June 13, 2010.”