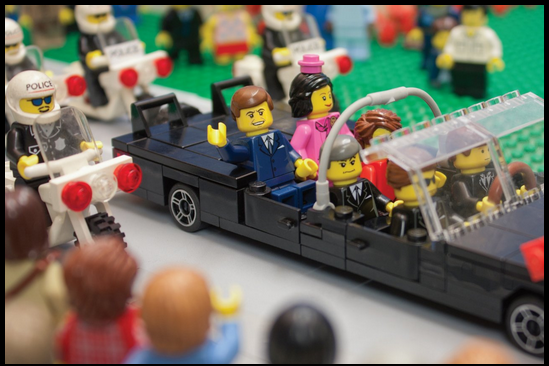 This is affecting to me because I played with Legos as a kid, not long after JFK was killed. The image evokes a child’s view of the crime, which contrasts with the collective memory of the horror of the Zapruder film, making it more tragic and poignant. It is a souvenir of lost innocence..

The Lego recreation of Dealey Plaza is another example of how popular culture keeps the memory of November 22 fresh in our minds, even a half century later.

What are some other ways that popular culture recreates the wound of JFK’s assassination?

6 thoughts on “How we play with JFK”