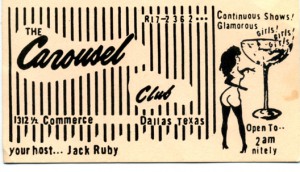 Ruby said once that he killed Oswald to spare Jackie Kennedy the pain of a criminal trial. That story was made up, said Gail Raven, a Texas woman who was friends with Ruby in 1963.