Professor Cass Sunstein writes from his perch at Bloomberg.

“Pick your topic: Ukraine, the National Security Agency, assassinations of national leaders [emphasis added] … it’s child’s play to assemble a host of apparent clues, and to connect a bunch of dots, to support a relevant conspiracy theory.”

Sunstein is surely correct that It is easy to concoct an implausible theory about who killed JFK.

What is rather harder is understanding why, in the year 2014, the CIA won’t release all of its records related to a tragedy that happened in 1963.

What JFK information does the public lack?

According to Professor Sunstein, people who believe in JFK conspiracy theories are people who lack information.

I can agree with that to this extent: The fact that the CIA will not release these 50,000 pages of JFK material means that we — the American people— lack information about Kennedy’s departure from life.

As JFK Facts revealed last June 14, the CIA retains more than 1,100 assassination-related records, that the public has never seen.

The Associated Press, Fox News and dozens of news sites picked up on the story. 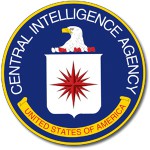 Joesph Lazzaro of the International Business Times has also written about these secret files. (See his articles: “Four JFK FIles the CIA Must Make Public,” ”The CIA and Lee Harvey Oswald–Questions Remain,” and “Just Who Was Lee Harvey Oswald.”)

Why does the public lack JFK information?

CIA officials say they will not make these records public until October 2017, at the earliest.

The CIA contends that the release of a single word of this material before October 2017 will harm the national security or foreign relations of the U.S. government.

Indeed, there are good reasons to believe some of these files are quite relevant to the JFK story. (See: Top 7 JFK files the CIA still keeps secret.)

So the lack of information — created and maintained by the CIA for 50 years — makes some of us more inclined to think that the agency has something to hide. Other reasonable people disagree.

Rather than concoct a JFK theory, I sought to obtain some of these missing JFK records via a Freedom of Information Act (FOIA) lawsuit. I didn’t have a theory about deceased CIA officer George Joannides. I just wanted to know the nature of his his secret operations in the summer of 1963.

After ten years of litigation, the CIA will neither confirm nor deny that Joannides participated in such operations.

FOIA becomes relevant when the government holds, and declines to disclose, information that might rebut a circulating conspiracy theory.

The notion CIA officers were involved JFK’s assassination has been in circulation for years. Yet these 50,000 pages are beyond the reach of FOIA and beyond view of anyone, including Professor Sunstein.

What is to be done?

If Professor Sunstein is serious about quelling unwarranted speculation about JFK’s assassination, he will join the hundreds of people signing the Change.org petition to National Archivist David Ferreiro to review and release the last JFK files immediately.

As the former administrator of the White House Office of Information and Regulatory Affairs, Sunstein’s support for full and prompt JFK disclosure would be a favor to the cause of open government.

Sunstein’s sometimes condescending tone toward the vast majority who suspect JFK was killed by his political enemies does not exactly encourage dialog, but I don’t want to prejudge him.

18 thoughts on “How to quell JFK conspiracy theories”