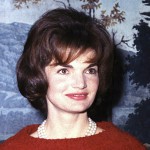 I want to tap reader knowledge to advance a story I have long thought significant: What did First Lady Jacqueline Kennedy think about the causes of her husband’s death?

My interest originated in the intriguing and under-covered story first revealed by historians Aleksandr Fursenko and Timothy Naftali in their 1999 book on the Cuban missile crisis, One Hell of a Gamble: Khrushchev, Castro, and Kennedy, 1958-1964.

The story suggested that the First Lady’s public endorsement of the Warren Commission did not represent her private thinking.

Fursenko and Naftali reported that William Walton — an artist friend of the First Lady — went to Moscow on a previously scheduled trip a week after JFK’s assassination. Walton carried a message from RFK and Jackie for their friend, Georgi Bolshakov, a Russian diplomat who had served as a back-channel link between the White House and the Kremlin during the October 1962 crisis: RFK and Jackie wanted the Soviet leadership to know that “despite Oswald’s connections to the communist world, the Kennedys believed that the president was felled by domestic opponents.”

In an email interview Naftali, now the director of the Richard Nixon Presidential Library, told me that his co-author had gotten the story from Bolshakov and confirmed it with Bolshakov’s contemporaneous reporting to the Kremlin. Naftali said he was surprised the story didn’t get more attention.

It is certainly not a story that the American public knows: that the First Lady thought her husband had been killed by political enemies within the United States.

Of course, this judgment, reached just a week after JFK’s assassination, might well have changed or evolved with the passage time, the conclusions of the Warren Report, and the emergence of new evidence over the years. In any case, what Jackie thought of the causes of her husband’s death matters. After all, she was the single closest witness to the crime and the victim.

To develop this story, I want:

–to document all the instances in which Jackie commented publicly or privately on the Warren Commission or the assassination, as in her odd remark about the “silly communist.”

–to get a sense of how her testimony to the Warren Commission was covered in the press?

–to find credible references to what Jackie thought in the many biographies of her.

So please forward any relevant links, thoughts, documents. You can leave your thoughts in the comment section, or email me by clicking here.

Thanks in advance for your help.