Gail Raven’s timeless story about her admiring friend Jack Ruby stays in it perennial spot at #1, followed by a discussion of former White House information czar Cass Sunstein and the state of the case.

How I learned to stop worrying and love the secrecy system 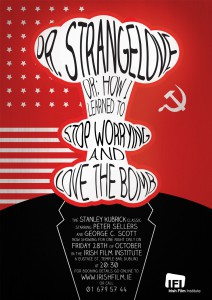 At JFK: The Continuing Inquiry Chris Gallop presents a steady stream of links to interesting JFK news and, while I can’t vouch for everything that appears, there seems to be low tolerance for bad information.

Between now and the 50th anniversary of the Warren Report in September 2014, we need more such social media coverage of JFK assassination.. 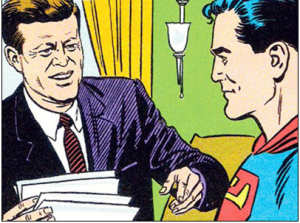 “On August 30, 1963, the New York Times ran a story about a then-upcoming story in the Superman comic book in which J.F.K. enlisted the aid of the Man of Steel to help promote physical fitness.”

from Another Kennedy Conspiracy Theory | News From Me. …

From Adam Gopnik’s, The Assassination of J.F.K., Fifty Years Later in The New Yorker.

“The notion that the Cold War national-security state, which Eisenhower warned against, might have decided to kill the President is not as difficult to credit as one wishes. There were C.I.A. operatives prepared to kill foreign leaders, some of them previously friendly, for acts they didn’t like, and to recruit gangsters to do it, and generals who were eager to invade Cuba even at the risk of nuclear war, and who resented Kennedy for restraining them.”

JFK on your iPhone 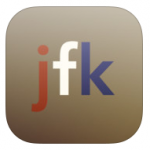 Here’s the 21st century way to get the JFK assassination story — via an iPhone app, now available at the  iTunes App Store for just 99 cents.

JFK on your iPhoneRead More »

The 5 most popular pages on JFK Facts

The five most viewed pages on JFK Facts over the past year represent a cross-section of what this site is about: timely news, reliable sources, and authoritative analysis.

The 5 most popular pages on JFK FactsRead More »

What LBJ and ‘Breaking Bad’ have in common

From Ian Couch in The New Yorker.

What LBJ and ‘Breaking Bad’ have in commonRead More »

Lisa Pease reads me the Riot Act on John McAdams

More grief for my inclusion of Professor John McAdams’s website on my list of best JFK Web sites.

“Case Closed on Jefferson Morley,” says Len Osanic. That epitaph suggested with Posnerian certainty (and credibility) that I am somehow unreliable as a source of information about the JFK story. Then Professor Jim Fetzer fingered me on Facebook as a shifty character, which did not overly concern me. He’s expert at those sorts of things and entitled to his opinions.

But now comes Lisa Pease, a writer who has added to my understanding of the CIA, to read me the Riot Act about McAdams. I respect Lisa for her wisdom and passion, so I listened carefully.

I’ve been taking heat for my inclusion of Professor John McAdams website on this site’s list of “Best JFK websites.” So I’ve been thinking carefully about what my critics have to say.

One commenter, A Wendt, said McAdams’ site is “quite masterful’ in a perverse way, and I couldn’t agree more. …

With the 50th anniversary of JFK’s assassination barely three months away, the New York Times appears to have solved one lingering question: the provenance of a curious gravestone that appeared next to Lee Harvey Oswald’s final resting place in Ft. Worth’s Shannon Rose Hill Cemetery about 15 years ago.

What a glimpse of Tom Hanks’s ‘Parkland’ reveals

Among the star-studded cast, Paul Giamatti plays Abraham Zapruder, the Dallas dressmaker who filmed the fatal motorcade. It sure looks like the movie will replicate the look of 1963 with the panache of “Mad Men.”

What a glimpse of Tom Hanks’s ‘Parkland’ revealsRead More »

‘Something has happened in the motorcade’

I’ve never seen a photo compilation of the November 22, 1963, motorcade so skillfully edited as this LiveLeak video.

The extended evocation of panic after the gunfire is especially powerful. The number of people rushing up to the stockade fence atop the grassy knoll is always impressive and, to my mind, hard to scant. I had never seen the footage of deputy press secretary Malcolm Kilduff pointing at his temple — as if shot from the front — and saying “a bullet right through the head.”

The escapist impulse behind ‘Letters to Jackie’

In the cinema of JFK’s assassination, the new TV documentary “Letters to Jackie” promises pure escapism.

Featuring Hollywood actors reading from the letters sent to First Lady Jacqueline Kennedy after the death of her husband, the movie offers an escape from the interminable loop of an unsolved true crime story. As the trailer (produced by Steven Speilberg) indicates, “Letters to Jackie” frames November 22, 1963, as a family tragedy — a personal, not political, event.

The escapist impulse behind ‘Letters to Jackie’Read More »