New Republic film critic David Thomson on “The Film that Took Over History:” 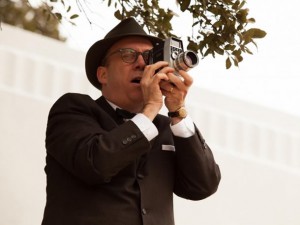 “In the 50 years since November 23, 1963, a reasonably alert American has likely seen about 50,000 ‘deaths’ on film or television, real or simulated. We have seen so many people shot, we think we know the bodily dynamics,” Thomson writes.

” And so with the Kennedy shot, most ordinary viewers would conclude that the bullet came from in front of the car and to its right — from the grassy knoll, the most noir park in our history. Later on, expert analysts were called who said, oh, don’t jump to that conclusion, for in its neurological spasms, the head and the body can move in unlikely directions. This science has never been convincing — but, of course, we resist science in so many ways. Zapruder — if you take my meaning — directed the assassination, without any intention of doing so.”